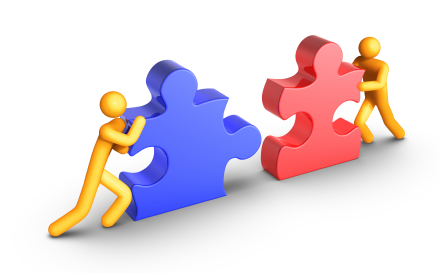 A meeting of the AHTD-ACEC/A Liaison Committee was held on Wednesday, October 31, 2012 at the AHTD headquarters in Little Rock, Arkansas.  Those in attendance were:

James Barr asked if there were any corrections needed to the January 11, 2012 Meeting Minutes.  Minutes were approved as presented.

AHTD Computer Services is reviewing development of in-house software vs. outsourcing the software development.  The decision may be made in early 2013.

PDF invoicing, in lieu of mailed paper invoicing is permitted.  Mike Burns (Crafton Tull) has tested and used this system with AHTD.  A separate email address is available for consultants to submit PDF invoices if requested (by ACEC or the applicable consultants).

The AHTD design software for the design of new reinforced concrete box culverts (RCBC) by LFRD is available on the FTP site.  AHTD will offer training on the use of this software in the future.  ACEC and AHTD will coordinate on this date.

AHTD is saving and archiving their individual designs as references.

Due to the time and labor required, AHTD cannot commit to a set of standards as previously issued for the working stress design concrete box culverts.

James Barr noted ACEC is still working on comments to share with AHTD (The basis will be redlines received from Garver).

AHTD will request reauthorization at the 2013 General Session.  The current legislation permits two projects of $50 million or greater.  AHTD may request revisions to the number of projects and also permitting project of less cost.

Design build is a tool for specific projects that AHTD may or may not utilize, but it is a needed tool.  AHTD is not necessarily for or against Design build but needs the option.  If approved, it will be used on ½ cent Program only.

Frank Vozel replied that AHTD is pleased to see that our (consultants) responsiveness is improved and “much better”.

AHTD spends significant time and energy on brainstorming and thinking outside of the box for specific projects and specific bridge locations.

AHTD has met with the larger national bridge construction companies and received their input for accelerated bridge design in general and specifically for the Broadway Bridge project.

The use of incentives and disincentives is a positive method to let the contractors assist with creative and accelerated options.

Mike Burns discussed the 3D modeling as requested by contractors prior to bidding and as discussed by FHWA at the Every Day Counts 2 Conference.  Mike Burns stated that contractors are requesting the models prior to bidding to use in making their proposals.  They are also used after contract award to construct the project (electronic data replacing blue tops and staking).

Electronic data may improve bids and thus save AHTD money.

Sandra Otto added that FHWA is looking at the State’s administration of local projects; and looking at bridge acceleration such as precast and slide-in bridges as part of Every Day Counts 2.

Frank Vozel reiterated that the use of incentives and disincentives, including A+B+C method, is a positive method to let the contractors assist with creative and accelerated options.

MAP-21 includes Performance Measures and deadlines.  The Rules are listed to be promulgated by April 2014.  The Bill expires shortly thereafter.

Previous Bills with a 6 year authorization were more beneficial to the States.

Sandra Otto replied that guidance is provided on the FHWA website.

Sandra Otto stated that the three Arkansas MPO’s (TMA’s) are very excited over the additional control they will have over projects and funding.

Frank Vozel noted that these same TMA’s will receive $5 million less in funding.

Sandra Otto noted that the TMA’s are very happy with more control even with less money.

Frank Vozel summarized MAP-21 as the overall funding is less.  The Highway Trust Fund is being depleted, and future Federal Funding may be further reduced as much as 35% in the next 1-2 years.  Innovative financing as described in the Bill cannot be more debt.

AHTD will use dual pavement designs starting in 2013.  Additional training in MEPDG by Dr. Hall is planned.  The dual designs will be compared and the Department will then move forward with MEPDG.

Concerning FWD (Falling Weight Deflectometer), AHTD is using FWD for certain projects.   If FWD is required, AHTD will provide those services and will not ask the consultant to provide.

Frank Vozel noted that there is not a formal policy or procedure, the selection is project driven.  Further:

AHTD considers the project and many other criteria when determining to use the on-call or a separate advertisement.

AHTD considers the needs and uses their judgment to determine if advertising will result in additional ideas and/or needed resources.

Jim Beavers stated that he appreciated the mix of advertisements to permit opportunities.

AHTD will not provide the design or construction phase services (CE&I) for the ½ cent sales tax program.

One PM for the I-30 project ($300 million).  AHTD is reviewing the criteria and may, or may not, allow this PM to be the lead designer.

A second PM for the remaining projects.  No decision on if this PM will also be allowed to design selected projects.

AHTD will move quickly after the tax is approved November 6, 2012.  The legal requirements of utilizing the bond funds and the needs of the State require that AHTD move with speed.

AHTD is staffed for their normal workload (design and maintenance) and sees the benefit of using consultants for this temporary sales tax program.

AHTD could revise their position if workload and economics require

Mike Burns noted that in Oklahoma they are required to use individuals who reside in Oklahoma.

James Barr noted that as a taxpayer he supports the efficient use of the funds and AHTD may determine that the PM should be in-state or a national firm as based on what is the most efficient use of resources.

Lorie Tudor asked if the consultants have experience working with Program Managers.

Jim Beavers noted the recent City of Springdale Bond Program and the Program Manager was a national firm.  Jim Beavers experiences were positive, the PM managed and reviewed while local consultants designed the projects.  There was some political push back at the end of the program and the City of Springdale (Patsy Christie) might be consulted for more information related to their program.

Mike Burns noted that FHWA is opposed to the design firm providing CE&I services.  The Consultants normally provide CE&I for their own designs, both public and private.

Mike Burns discussed the upcoming upgrades and changes that will be very expensive and time consuming.  Bentley is combining InRoads and GeoPak and will change the way we design.

The planned software combination will change the way we design

horizontal alignments, vertical alignments, prepare plan and profile and prepare cross-sections.  The software changes will change everything, a total change in our business.

The software will require a new operating system and significantly more memory.

AHTD cannot change in 2013 due to the STIP workload, but the time required for AHTD and their consultants is over the next two years.

Lorie Tudor asks how the consultants are dealing with this change.

Mike Burns noted that we prefer to match AHTD’s schedule and meet AHTD’s requirements.  The costs are significant in software, hardware, and training.

Michael Fugett stated that we (AHTD and the consultants) will be working through this together, communication will be key.

Frank Vozel noted that AHTD is aware and providing Comments.

Lorie Tudor noted that Jennifer Williams (Consultant Coordinator) and the audit section have reviewed and no major changes are noted. AHTD is already generally complying with these requirements.

AHTD is invited to attend and encouraged to provide a speaker.  typically 35 minutes is allotted for AHTD.

Possibly November 8th,  or up to two weeks past (Lorie Tudor).  AHTD is also coordinating with the Parks Department.

Mike Burns asked about an update to a modification of legislature in Arkansas on the “Move Over” law to include AHTD vehicles as well as emergency vehicles. ACEC would like to include consultants, surveyors, utilities and other vehicles that would be working as well as AHTD vehicles.

Frank Vozel replied that AHTD will be requesting a change in legislation in 2013.

Mike Burns stated that ACEC is working on updating our Charter adding a working group with more individuals being included preparing the agenda prior to submitting to AHTD and asked if AHTD had a preference to amend the existing Charter or complete a new Charter.  ACEC prefers to continue with two meetings per year.

Frank Vozel said AHTD did not have a preference and they were agreeable to two meetings per year.

There being no further business, the meeting was adjourned.